Construction crews were on site Wednesday disposing of garbage and camping gear left behind.

Clean up has begun at the Eighth Street site where 46 supportive housing units will be built.

A number of people had set up camp on the empty lot, but have been directed to local shelters while the modular housing units are completed.

Natalie Meredith, intensive support & supervision program manager with the John Howard Society of North Island, had been working “off the side of her desk” to talk to any remaining campers before construction was slated to start. She said the campers were given over two weeks to gather their belongings and find a place elsewhere.

“I chatted with them about options for housing and let them know that the shelter had capacity, that there was storage there and just to explore if they had other options for housing because the construction was slated to start this week,” she said.

Though the JHSNI is not funded by BC Housing to provide support to people who are homeless or at risk of homelessness, staff can direct people to the Wachiay Friendship Centre, the Comox Valley Transition Society and Dawn to Dawn to get help. JHSNI will operate the supportive housing once it is constructed.

Five or six people were still living on the property prior to construction, and Meredith said some of the tents were already empty and not being utilized. She adds the remaining residents were interested in helping clean up the garbage left on the property.

“I had some lengthy conversations and just encouraged them to take what they really wanted of their belongings because the construction crews were going to come in with an excavator and actually clear up any of the stuff that was remaining and put it into dumpsters,” she said.

Meredith says storage units were provided to them by BC Housing to store their belongings, and there was space available at Pidcock House. Anything left behind on Wednesday, including tents, sleeping bags and a bicycle were disposed of.

“The tents and the stuff left behind were actually things that people had discarded,” she said.

Two people from AIDS Vancouver Island were also on site on Wednesday to clean up any biomedical waste left on the property.

Sarah Sullivan, manager of AIDS VI in Courtenay and Campbell River, says they participated in the site cleanup so the contractors could safely do their work.

“It’s just important that the site be cleared of any type of garbage or hazardous materials before the workers get going to build this important housing for the community,” she said. “We’re very excited to see this building taking shape and it’s vitally needed by so many people that are homeless in our community, as we can see from the people that were living on that site before moving on so that site could be developed.” 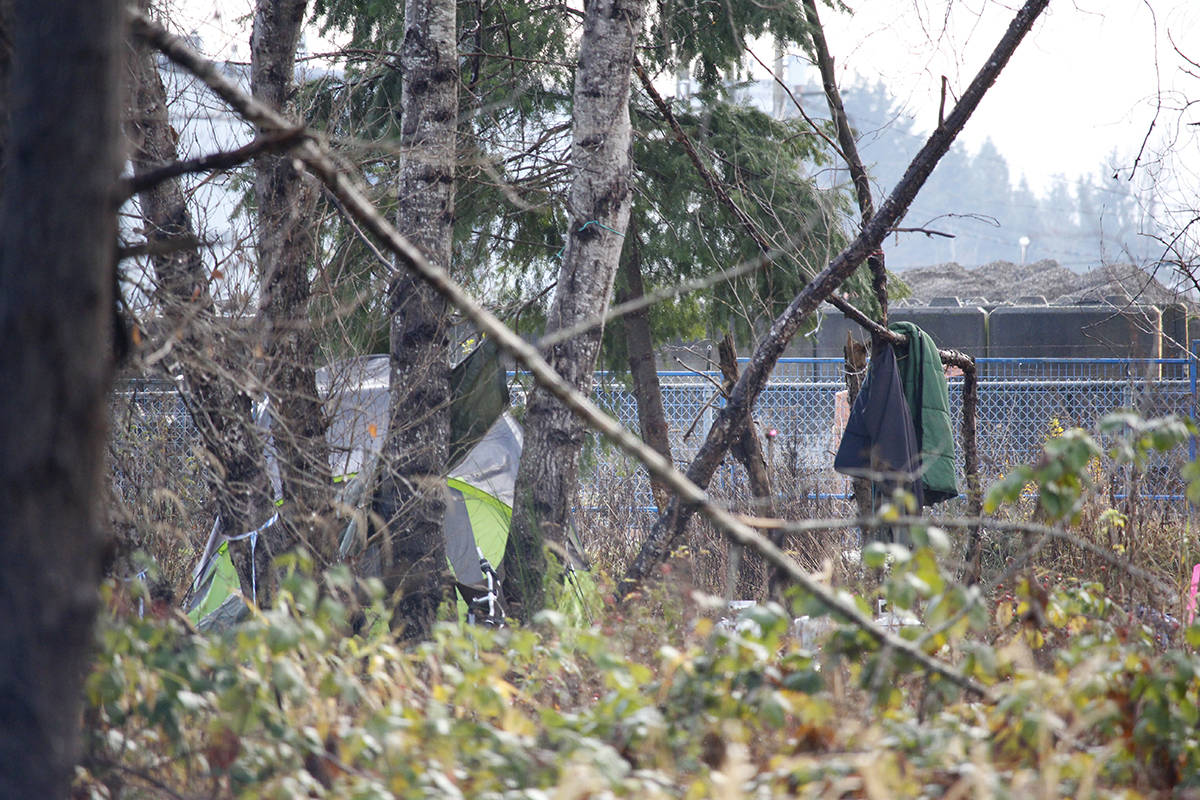