FireFit is a fast-paced and exciting competition that focuses on the wide-range of skills and fitness required for firefighting.

The Courtenay Fire Department played host to the BC Regionals FireFit Championships on Saturday May 11 and Sunday May 12. The championship, also known as “the toughest two minutes in sports”,

Multiple teams from the Courtenay Fire department took home medals, including the woman’s team, who walked away with gold.

Edgett Excavating is a proud sponsor.

Thanks to Kayla McDonald Video Productions for the recap of the event. 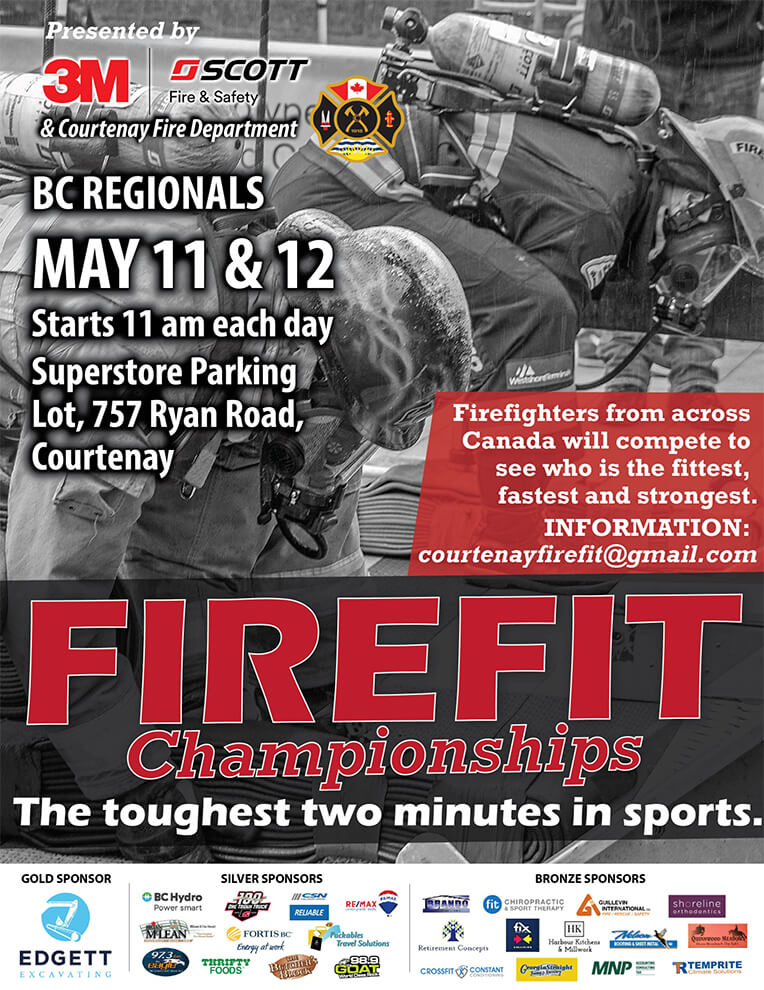 The Scott FireFit Championships is a competition based on fire fighting tasks commonly performed in emergency situations. There are many different levels of Competitors, from the seasoned 10 year veteran to the first time rookies. The FireFit Event is very demanding. Training prior to competition is imperative. FireFit.com

The popularity of the FireFit Competition has grown and grown over the past 25 years and today it visits every Province in Canada. With the popularity of our annual broadcasts, aired on TSN, OLN & RDS, FireFit has become known not only in Canada but World Wide. Competitors come from every Province and Territory in Canada as well as the United States, New Zealand, Australia, Germany, England and the Middle East. This year (2019) the event takes place in Courtenay, BC.